Ghulam A. Nadri (Professor of History and Director of the Asian Studies Center at Georgia State) specializes in the social and economic history of early modern and colonial India/South Asia. He obtained his Ph.D. from Leiden University in 2007. During 2011-2012, he held the two-year Newton International Fellowship at the Economic History Department of the London School of Economics, UK. He has published two monographs (The Political Economy of Indigo in India, 1580-1930: A Global Perspective, Brill, 2016 and Eighteenth-Century Gujarat: The Dynamics of Its Political Economy, 1750-1800, Brill, 2009) and more than a dozen journal articles and book chapters on commodities, merchants, maritime labor market, economy, and trade in Gujarat and the western Indian Ocean. His current research project explores the dynamics of the economic and commercial enterprise of the Parsis (Zoroastrians) in western India in the eighteenth and nineteenth centuries and investigates the role of political, socio-cultural, and institutional factors in their entrepreneurial accomplishments.

His other research interests include the study of global commodities (such as sugar, indigo, cotton, and textiles), maritime piracy in the western Indian Ocean, and social conflicts in historical and contemporary perspectives. He teaches graduate and undergraduate courses on the history of India/South Asia, the Indian Ocean world, Asia in the world economy, Asian Studies, and world history.

For all publications see Google Scholar

‘Indian Seamen (lascars), Shipboard Labor Regime, and the East India Company in the First Half of the Nineteenth Century’, in Rila Mukherji and Radhika Seshan (eds.), Indian Ocean Histories: The Many Worlds of Michael Naylor Pearson (New Delhi: Routledge, 2020), pp. 156-71. 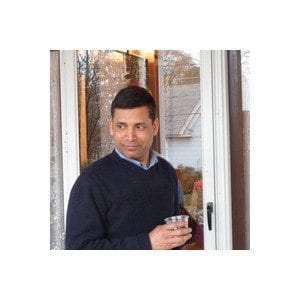