Denis Gainty (Obituary - August 31, 1970 - March 26, 2017) was assistant professor of history at Georgia State University. He received his Ph.D. from the University of Pennsylvania’s Department of East Asian Languages and Civilizations in 2007. His work investigates how social and biological bodies are envisioned and experienced in the context of modern nations and nationalisms. Rather than considering bodies as defined and limited by social forces, his work asks how bodies and embodiment comprise an important medium for local agency in modern nation-building through physical education, sports, martial arts, and other articulations of physical culture.

At Georgia State, Denis taught undergraduate and graduate courses in world history, East Asian history, history of the body, and pedagogy. He was president of the Southeast World History Association for the 2012–14 term and serves on the editorial board of the World History Bulletin, one of two major publications of the World History Association. His publications include several book chapters, translations of Japanese scholarship, and two editions of a Bedford/St. Martin’s world history reader. His first monograph, Martial Arts and the Body Politic in Meiji Japan, explores the meaning of martial arts for Japanese visions of nation and state in the late Meiji era. It was published in 2013 by Routledge. 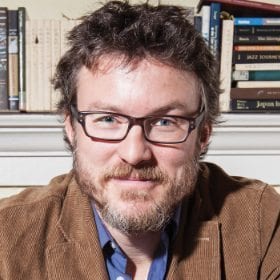